The next global frontier: Millennial investors are driving growth in emerging markets 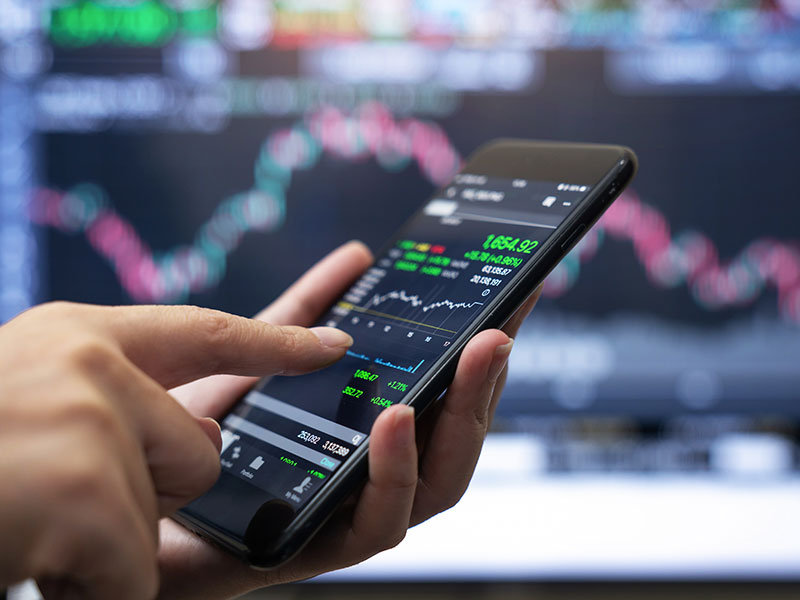 Emerging markets are bearing the brunt of the US’ trade protectionism, which has seen tariffs imposed on several states. Trade tensions between the world’s two largest economies, the US and China, have been labelled “the biggest trade war in economic history” by The New York Times and have significantly impacted global growth, reducing it to its lowest level since the 2008 financial crisis.

The question is now whether emerging economies will be able to heal from the wounds inflicted by the US-China trade war and if these markets are still attractive to investors. The IMF’s October 2019 World Economic Outlook report went some way to answering this question. The report stated that emerging markets are expected to remain the growth engine of the global economy over the next decade as the power shift from West to East continues in the years to come.

Their economies already account for almost two thirds of the world’s GDP growth and more than half of new consumption over the past 15 years. The IMF projects that India will overtake the US in terms of contribution to global growth by 2024, claiming the number two spot with 15.5 percent of world GDP growth. Indonesia will rise to fourth place with a contribution of 3.7 percent.

To gain financial freedom, Millennials are turning away from traditional investments such as bond and stock markets

However, progress has stalled in recent years as economies have matured and become more exposed to external cyclical factors. Macroeconomic developments such as the slowdown in advanced markets, trade uncertainty and financial volatility have all captured the headlines, though structural challenges – including stagnating productivity – are surfacing too.

New kids on the block
The term ‘emerging markets’ was coined in 1981 by economist Antoine van Agtmael to denote progress, uplift and dynamism in countries that were classified as ‘third world’. With an increasing amount of data on these markets being collected and used, the case was made for the creation of a vast new asset class. This included the Korea Fund, which was one of the first of more than 150 country funds launched in the late 1980s. The first half of the 1990s then saw wider economic liberalisation and privatisation in numerous emerging markets, which substantially enlarged the number of tradable securities available to foreign investors.

The proliferation of private portfolio investment helped those developing nations move towards becoming free markets. That journey was characterised by these economies often having a lower income per capita than developed countries, but experiencing rapid growth and liquidity in equity markets. This involved establishing regulatory bodies, although they usually had immature capital markets that posed a higher risk to investors. Many emerging markets are also troubled by geopolitical instability and volatility, exacerbated by price shocks from natural disasters.

In general, developed markets are considered ‘safer’ than emerging markets, although this rule cannot be applied unequivocally. For example, Greece and Italy are categorised as developed, while Singapore and South Korea are labelled as emerging by most investors. We must question what ‘safer’ means in this context. It is probably wiser to refer to the market’s governance, as this encompasses numerous areas such as government stability, ease of doing business, regulation and competitiveness. Here, the difference is more obvious as insubstantial governance and lower incomes are more commonly associated with emerging markets, and therefore investors require a risk premium.

Trading up
Globalisation has offered investors, hedge fund managers, asset managers and retail traders greater access to high-yielding risky assets when volatility is low in developed markets. With the US Federal Reserve planning to keep interest rates unchanged until at least mid-2020, a weaker dollar could boost profit opportunities for investments in emerging markets. Low volatility in the G10 currency space will also divert more investment in this direction. For many years, forex trading in emerging markets has outgrown that of developed markets. The average daily turnover of emerging markets’ currencies rose by almost 60 percent between April 2016 and April 2019, reaching $1.6trn. With reputable financial institutions such as the IMF highlighting that emerging markets are fast becoming drivers of global growth, these countries can be expected to offer greater liquidity and tighter regulations as they continue to evolve.

Digging a little deeper, we must look at what is driving the growth of emerging market economies. It is estimated that Millennials, who have now reached their prime spending years, will make up 35 percent of the global workforce by 2020. They are the principal consumer generation and will shape the world’s economy in the years ahead. Most of these future economy shapers live in developing countries, with nearly nine out of 10 Millennials residing in emerging economies. Chinese Millennials alone outnumber the entire population of the US: out of the world’s two billion Millennials, 400 million live in China. It is estimated that India’s 410 million Millennials will spend $330bn annually by 2020.

Adapting to the market
Millennials are also the most educated generation in history, although this privilege has left them with heftier educational loan baggage than their parents. To gain financial freedom, this generation is turning away from traditional investments, such as bond and stock markets, which would take a long time to yield profit. Instead, they are opting for alternative investments; short-term options, such as forex trading and cryptocurrencies, could provide them with higher and quicker returns.

Inevitably, there are risks involved with these short-term investments. As an international online forex broker, FXTM offers contracts for difference on spot metals, shares, commodity futures and indices. These leveraged products come with a high level of risk, with 81 percent of retail investors losing money when trading. FXTM strongly believes that a successful trader is an educated one. That’s why we strive to provide our clients with free educational courses and outstanding customer support whenever they need it.

In the context of technology, it is obvious that any business must be continuously working on more creative and innovative products

We are also committed to meeting our customers’ demands through cutting-edge digital products. Millennials are the most digitally savvy generation, demanding higher levels of customer satisfaction, easy to manage user experience tools and swift access to services through mobile apps. This can mean they are less loyal to specific brands and are quick to switch to competitors boasting more efficient services. As well as great digital engagement, Millennials also require an element of personalisation whenever possible. Many leading brokers have created their own mobile trading apps in response to this demand, but these have become relatively similar in both design and function, and are therefore less competitive.

The next big area of differentiation is likely to stem from artificial intelligence (AI). The use of AI in the finance industry has become widespread in recent years, and the technology is going some way to improving personalisation in terms of the customer journey and education. Since the arrival of 5G in April 2019, the number of global 5G subscriptions hit 13 million, with China accounting for three million of these. Prominent smartphone brands are keen to keep up with the technology by providing new generations of 5G phones.

In the context of technology, it is obvious that any business must be continuously working on more creative and innovative products and services. Taking this into consideration, FXTM adopted a mobile-first approach in 2019, when we optimised the design of our FXTM Invest pages. We have also engaged with our clients and invited real users to take part in usability testing and provide feedback on their experience. Since then, we have seen an increase in the number of participants in the FXTM Invest programme.

FXTM’s success has not gone unrecognised. The company won Best Trading Experience in the 2019 World Finance Forex Awards, which only motivated us to provide our traders with an even more exceptional user experience. Whether our clients are interested in emerging or developed markets, we are ready to offer them all the support they need.