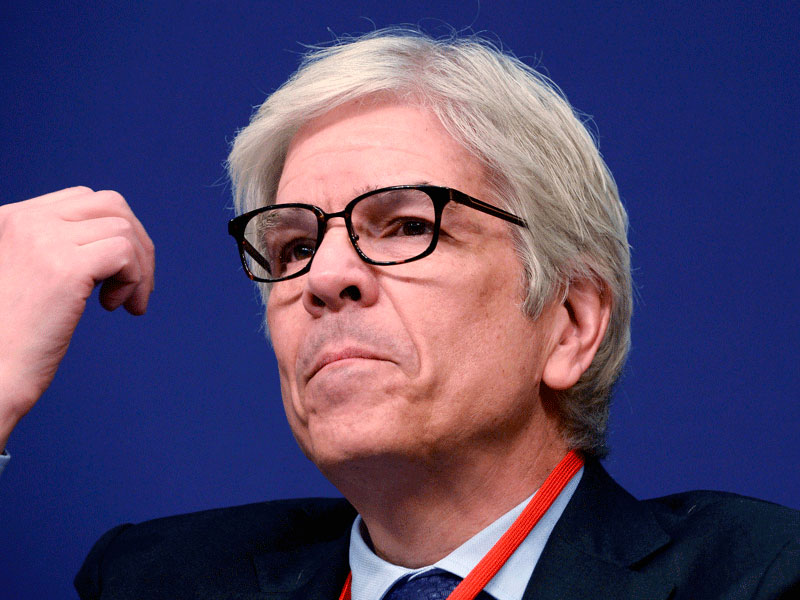 There are some theories that make so much sense – that provide such elucidation on a topic – that it’s as though they’ve always existed. They almost feel obvious. Of course, this is never actually the case – it takes that one person to make the discovery and put pen to paper in the first place. Endogenous growth theory is a fine example of that.

The man behind it, Professor Paul Romer, is the latest winner of the Nobel Prize in Economic Sciences. He won the prestigious award alongside fellow economist Professor William Nordhaus. The pair received the SEK 9m ($1m) prize for integrating technological innovation and climate change into macroeconomic analysis – Romer being responsible for the former, Nordhaus for the latter.

Investing in growth
First published in 1990, Romer’s work contrasts with neoclassical growth theories that argue that factors affecting growth are exogenous – or, in other words, factors that occur outside of an economy. As internal forces cannot influence growth – nor technological progress, for that matter – the work of policymakers essentially becomes ineffective.

Governments keen to ignite growth may seek solutions such as tax cuts and investment subsidies. But the process of capital deepening (increasing capital per worker) eventually leads to diminishing returns. To put it simply, giving an employee a second computer does not double their output. This long-standing theory can be attributed to Robert Solow’s 1956 paper A Contribution to the Theory of Economic Growth, which saw him win a Nobel Prize in 1987.

Though previous theories highlighted the importance of technological innovation as a primary driver for growth, Solow and others did not take into account how market conditions and economic decisions affect the creation of new technology in the first place. Neither did Solow manage to explain how technological progress could be accelerated.

Romer’s work, however, resolves this problem by demonstrating that internal factors can indeed influence the willingness of governments and companies to invest in innovation, which in turn drives economic growth.

Dr Maurice Kugler, a professor of public policy at George Mason University, explained its impact: “Endogenous growth theory [has] facilitated the analysis of the deep determinants of long-run prosperity across societies that go beyond markets and economic policies. It has been possible to incorporate both the structural determinants of economic interactions as well as public policy more generally beyond the economic dimension.”

He added: “Endogenous growth theory has included the study of why poverty traps can emerge, how growth take-offs happen, what determines whether a country’s growth trajectory converges or diverges relative to other economies, how are ‘convergence clubs’ shaped, and so on. Not all of these phenomena can be characterised in the context of traditional neoclassical or exogenous growth models.”

People first
At the heart of endogenous growth theory are people, as they best drive growth through new ideas. As Kugler told World Finance: “Knowledge is the basis of economic growth through the ongoing introduction of productivity-enhancing general-purpose technologies (e.g. electricity, personal computers, the internet, smartphones, robots, etc.).” The enhancement of human capital is therefore key for the pursuit of technical knowledge to drive sustainable, long-term economic growth.

Greater investment into research and development (R&D), together with incentives for businesses and budding entrepreneurs, are likewise essential. Kugler added: “Aside from science policy, there are other important factors shaping the pace of scientific discovery and its transformation into technological change. Those factors go further than policies that directly impact the rate of return to R&D investments – such as tax rates, labour regulations, immigration restrictions, corruption, and so on – but also more entrenched structures shaping economic interactions, such as political institutions and rules, preferences, social norms and culture.”

Essentially, governmental policies can raise competition, which in turn spurs further innovation and accelerates economic growth as a result. Encouraging entrepreneurship also has the added benefit of prompting job creation and further investment.

“Romer built a formal economic model in which technological change was the outcome of intentional investments by economic agents rather than being the by-product of (physical or human) capital investment through a serendipitous externality called ‘knowledge spillovers’,” Kugler told World Finance. “He showed that the profitability of investments in R&D leading to new ideas and innovations hinges on the enforcement of intellectual property rights or the possibility of trade secrecy.”

Kugler explained that when the economic agents pouring investment into R&D do not benefit from the profits that stem from their innovation, new technologies would stop and economic growth would falter. “For example, encrypting technology or limited access platforms to charge user fees could make some innovations partially excludable. Also, rules introduced by governments could limit imitation that left inventors unrewarded. Indeed, the function of intellectual property right protections, such as patents, is to provide inventors with incentives to innovate and propel technological change.”

Non-rivalry ideas
Economies have managed to maintain accelerated growth over time, in part due to population growth. Simply, there are more people participating in “discovery activity” (as Romer puts it). More important, however, are the changes in institutions, such as universities, patent laws and research grants, which create more incentives for individuals to make discoveries.

“It’s an idea that helps us get better at discovering ideas,” said Romer during an interview with Russ Roberts for EconTalk in 2007. “When we essentially invented the modern research university with the creation of the land-grant university system in the United States with the Morrill Land-Grant Acts in 1862, we created a whole new idea-discovering system with these universities that were focused on very practical problem-solving tasks rather than abstract, ivory-tower examination of the classics.”

When economies keep adding more of the same – or, in other words, they keep investing in physical capital – they may encourage growth for a period, but they soon run into diminishing returns. This is why it is crucial to continue discovering new ideas. The next question, though is whether this is possible – with more ideas, does it become easier to continue discovering, or harder?

And this is the best bit: according to endogenous growth theory, ideas are non-rivalry. “As we learn more, it’s getting easier to discover new things, so somehow knowledge is building on itself,” Romer told Roberts. Ideas are different to material goods in many ways. They do not require specific conditions in order to thrive in the market. Neither do new ideas suffer from diminishing returns – in fact, they enjoy increasing returns to scale. Though expensive to produce at first, they are cheap, or even costless, to reproduce countless times.

As Kugler explained: “An idea (or blueprint) can be utilised by many economic agents at once without impeding the possibility of potentially unbounded additional users. This endows ideas with a natural property to generate aggregate non-decreasing returns to scale (constant, rather than increasing, to obtain balanced growth).”

Take the internet – one idea that has spawned a million others. Using the internet as the basis for innovation doesn’t diminish as more innovation transpires. The very opposite: it’s a cycle that feeds upon itself, culminating positively, unlike any type of material good. As Romer said to EconTalk: “The more we know, the easier it gets to discover.”

The stats show this theory in action. According to a 2016 study by the World Bank, for every 10 percent increase in broadband speed, GDP growth increases by 1.38 percent in developing countries, and by 1.21 percent in developed economies. As this example shows, creating an environment in which innovation is encouraged can have untold consequences for an economy and the society that lives within it. Whether it’s developing new medicines, creating new technology to reduce our carbon footprint or improving communication systems, Romer says, we can solve the world’s biggest problems at an accelerated pace using endogenous growth theory.

Kugler told World Finance: “Endogenous growth theory will continue playing a role in the expansion of the frontier of knowledge on the determinants of long-run prosperity from a macroeconomic perspective, and of the process of economic development through catch-up growth. The theory highlights the need for R&D investments to be profitable for technological change to generate productivity growth. In the future, beyond the role of intellectual property right policy to boost innovation, it would be important to explore how different public policy options could be a catalyst to industry-level associations for private sector innovation. These options encompass industry cooperation schemes, including consortia with universities, to overcome collective action barriers.”

As explained by Kugler, this will require collective action in the form of multiple players advocating R&D, creating incentives, investing in people and innovation, paying good wages, providing education for all, and sharing discoveries, all the while maintaining competitive, well-regulated markets. In such a space, ideas can flourish – and, as a result, so can we all.