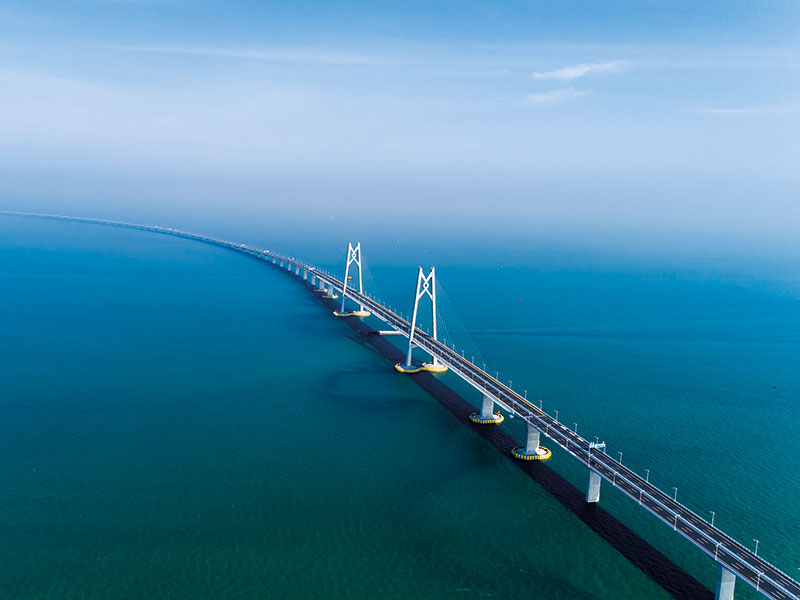 Bank of China Macau Branch (BOCM) has developed in step with the Macau special administrative region (SAR) since the founding of the People’s Republic of China, and was a key source of stability around the 1999 resumption of Chinese rule. As the bank’s general manager, I am looking forward to a new period of development opportunities as BOCM celebrates 70 years in operation.

Founded in 1950, soon after the establishment of the People’s Republic of China, BOCM (formerly known as Nam Tung Bank) has always been an essential pillar of the Macau SAR’s economy and society. It accounts for nearly half of all banking business in the region and is the most profitable overseas branch of the Bank of China Group, China’s primary international bank.

In 1987, Nam Tung Bank received approval to change its name to BOCM. The change was the culmination of governmental efforts to broaden the range of products and services provided by financial institutions in the region, and helped to boost internationalisation in the domestic financial sector. The bank’s new name also recognised the important role that Bank of China was playing in stabilising the financial market as talks about the future relationship between Macau and mainland China progressed. Then, as today, BOCM is committed to ensuring Macau’s future economic prosperity.

The ‘one country, two systems’ policy allows BOCM to capitalise on the opportunity to perform on a large stage

I am proud to highlight the bank’s clear and obvious advantage within the ‘one country, two systems’ policy. The policy allows BOCM to capitalise on the opportunity to perform on a large stage. China’s 40-year ‘reform and opening up’ era led to grand growth initiatives running across Macau, such as the Belt and Road Initiative and the development of the Guangdong-Hong Kong-Macau Greater Bay Area, and increased foreign direct investment into the mainland’s previously closed economy (see Fig 1). As China continues to pursue ambitious development projects and collaboration with other countries, BOCM and the entire SAR are set to benefit.

Promoting development
Since its establishment in Macau in 1950, BOCM has unswervingly followed its mission statement: rooted in Macau, serving Macau. The bank has shown dedication to fostering economic development, promoting industry and commerce, supporting disadvantaged communities and constructing smart infrastructure, all to guarantee the continued prosperity and stability of Macau. The result is that we have won the trust of the region’s citizens, making us the region’s preferred bank.

BOCM is not only a Macanese-pataca-issuing bank, but it is also the government’s public banking representative and a renminbi-clearing bank. Besides these formal roles, over the years the bank has organised charity events, supported education initiatives and been instrumental in the development of new talent in the banking industry. Our achievements are the result of joint efforts spanning several generations. The past decade, in particular, has seen a marked increase in development in this area.

Under the Belt and Road Initiative, BOCM has seized the opportunity to meet the financing needs of Chinese firms that are investing overseas. Chinese organisations expanding into Portuguese-speaking countries and companies from Portuguese-speaking nations entering the Chinese market will find BOCM’s services particularly beneficial. Macau is uniquely positioned as a core city for the Greater Bay Area and the Belt and Road Initiative, presenting BOCM with many opportunities but also a great deal of responsibility. We are keen to ensure that businesses, both domestic and international, have access to the capital they require in order to participate in these ambitious development programmes.

BOCM’s progress in promoting Macau’s financial development, especially in the Guangdong-Hong Kong-Macau Greater Bay Area urbanisation initiative, is very gratifying. BOCM has issued pataca bonds worth $1.8bn, offshore renminbi bonds worth CNY 4bn ($562m) (part of a growing number of ‘lotus’ bonds) and offshore One Belt One Road renminbi bonds worth CNY 4.5bn ($633m), among other themed bonds. As a global coordinator, we have successfully implemented the Ministry of Finance’s plan to issue government bonds worth CNY 2bn ($280m) in Macau.

In addition, in 2019, BOCM successfully issued the first green bond in Macau. This was also the first secured overnight financing rate bond for commercial institutions in emerging markets and the Asia-Pacific region; launching the product greatly enhanced the reputation of Macau’s financial institutions in the international bond market.

Clear the way
As a renminbi-clearing bank, BOCM has led the way in opening the first renminbi bank account in Macau for Portuguese Commercial Bank, thereby accelerating the development of Macau as a Sino-Lusophone renminbi-clearing region. In May 2019, the Conference of Central Bankers, Financial Supervisors and Financiers from China and Portuguese-speaking Countries coordinated the efforts of Chinese banks to engage with five bank associations from Lusophone countries. This united a wide range of participants in financial services, leading to improved trade cooperation between China and Portuguese-speaking countries.

At the same time, BOCM has expanded the geographical reach of the bank and diversified the wealth management channels available to residents. For instance, the Shanghai Gold Exchange has authorised BOCM to handle its offshore accounts, making business simpler for the bank’s account holders. The deal will promote the trading of precious metals in Macau.

BOCM is also a pioneer of digital banking in Macau, having embraced areas such as fintech. BOCM is taking the lead in this area with the creation of BoC Pay, an online payment channel that supports Alipay, WeChat and UnionPay. By the end of 2019, the platform had welcomed 7,860 merchants. Other digital initiatives that we have promoted include online banking for personal and corporate customers, which offers self-service functionality safeguarded by the highest security standards.

Branching out
The Bank of China Group has established branches in Portugal, Brazil and Angola, creating a service network in Portuguese-speaking countries to help customers pursue opportunities in Sino-Lusophone development. In the construction of the renminbi-clearing centre for Lusophone countries, BOCM has joined the Cross-Border Interbank Payment System, which covers these countries. At present, the bank has established an agency relationship with 17 banks in Lusophone countries. In 2018, business in this network reached CNY 2.5bn ($350m).

At the same time, BOCM is working on creating a Sino-Lusophone investment and financing service platform. This would provide a wealth of information on investment projects in Lusophone countries, promoting the integration of Sino-Lusophone projects and project matching. Thus far, BOCM has successfully assisted the Portuguese central bank in issuing panda bonds in China, becoming a model for foreign central banks to issue panda bonds on the mainland. BOCM also supported an enterprise in Macau to purchase a Portuguese farm for €35m ($38m) to promote the development of agricultural and commercial cooperation between China and Portugal.

As we look to the future, BOCM will continue to support the development of Macau’s economy and society, helping to improve people’s lives in accordance with the Macau SAR Government’s policy agenda. The bank will also fully support the development of the Guangdong-Hong Kong-Macau Greater Bay Area, thereby promoting the integration of Macau into the country’s overall progress.

BOCM will maintain its position as a well-rounded, mainstream bank in the region and strive to become an important financial institution serving the Guangdong-Hong Kong-Macau Greater Bay Area, as well as serving the Belt and Road Initiative, especially among Portuguese-speaking countries.