Trillions from home: how the trading industry thrived 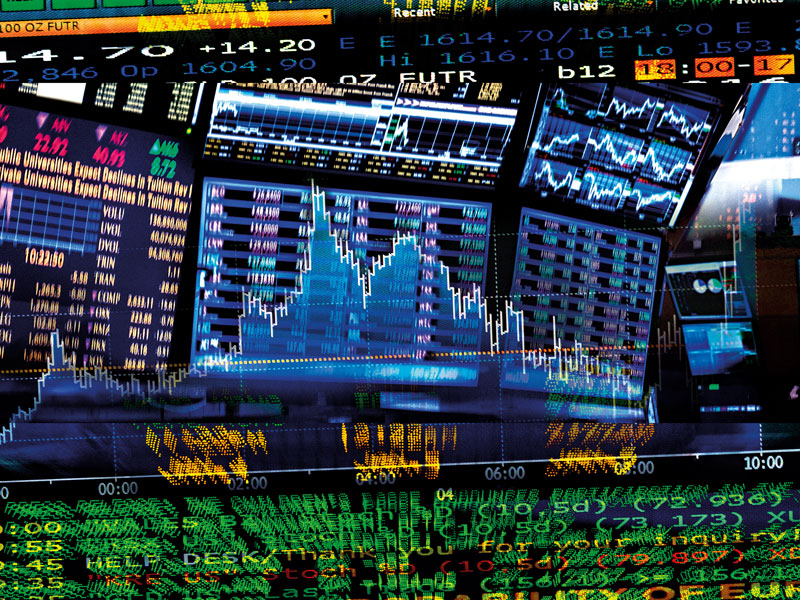 A far cry from the cut and thrust of a traditional foreign exchange dealing room, traders working from their home offices and spare bedrooms have proved the resilience of the world’s most liquid financial market. Demonstrating how hugely liquid FX has become, the latest Triennial Central Bank Survey of the global foreign exchange market from the Bank for International Settlements (BIS) found that in April 2019, daily trading in over-the-counter FX and FX derivatives reached $6.6trn.

To appreciate the key role of FX in the global economy, consider that any purchase or sale of goods or other assets denominated in a currency other than the base currencies of one of the counterparties will probably involve an FX trade of some sort. Imagine the impact should the market suffer a blow to its operations or, worse, a complete breakdown.

The outbreak of the COVID-19 pandemic in February and March of 2020 threatened just such an impact. Bank trading floors closed or at most retained just a few staff. How bad would it get? Could the market continue to function? For a number of years, particularly since the 2008 financial crisis, there has been a steady migration from traditional voice trading – think harassed-looking dealers shouting prices across a noisy dealing room – to electronic platforms. These can be single-bank, proprietary venues such as Citi’s Velocity, Deutsche Bank’s Autobahn or Barclays’ Barx and many others, or multibank platforms providing prices and matching counterparties across banks, institutions and brokers; 360T, Bloomberg and Refinitiv’s FXall are among the largest of these.

The benefits of electronic trading are many. For example, every trade has an electronic audit trail, prices and trades can be executed very rapidly and trades can be monitored for best execution. They feed into participants’ straight-through processing and accounting systems and there is very little if any human interaction and therefore little scope for human error. When it came to the lockdown, as long as market participants had access to their trading platforms with appropriate levels of speed and security, they could operate remotely. It was therefore e-trading platforms and online tools that enabled the global FX market to continue to operate.

Volume and volatility
Which is not say that it was all plain sailing. In the last days of February and into early March, daily volumes of trades increased enormously. Not only was there the pandemic impact, but governments across the world introduced a range of monetary and fiscal stimuli; there was the Russia and Saudi Arabia oil spat causing prices to nose-dive; many asset classes experienced a sell-off and a dash for cash; there was a clamour of speculation aiming to take advantage of the volatility spurred by diverging news and market analysis. “Volume across the board was up sharply in Q1 2020, including derivatives, most noticeably in outright forward contracts, which were up 40 percent in March,” commented Tod Van Name, Bloomberg’s Global Head of Foreign Exchange Electronic Trading.

On exchange currency derivative, offerings reflected a similar story across all geographies. For example, Singapore’s SGX exchange logged a 58 percent year-on-year increase in its FX futures contracts to the end of March.

Nonetheless, after an intense initial period of setting up connections and access for traders to work from home, the market continued to operate for the most part pretty efficiently. Execution algorithms came into their own, enabling trades to be conducted by computer-driven systems that monitored price volatility and volumes, to achieve the best possible trading outcomes. Relatively illiquid currencies, particularly those from some emerging markets, still required voice intervention, but these, as the BIS survey figures show, account for a relatively small proportion of global FX turnover. The BIS triennial survey, in terms of currencies, reported that the US dollar was on one side of 88 percent of trades with the Euro the second most traded currency appearing on one side of 32 percent of trades.

The code of good practice
Bearing in mind the market abuse scandals in the FX market in the years following the financial crisis, there was one crucial issue that the market had to answer to: with potential for mistakes and wilful misconduct, could the market retain its integrity with its participants away from the watchful eyes of their dealing rooms? The disciplines and controls that digital market platforms enable have gone a long way towards ensuring good market behaviour. The FX Global Code, “a set of global principles of good practice in the foreign exchange market,” introduced in 2018 by the Global Foreign Exchange Committee of the BIS, aimed to do the same. As far as we can see, its principles have been widely adhered to and have helped pilot the market through the turbulent times of the first quarter of this year.

In summary then, well-wrought technology tools combined with sound, widely adopted principles seem to have pulled the market through. They have proved that a multi-trillion-dollar global market can function perfectly well with its participants dispersed and working from their home offices and spare bedrooms.