Could a crypto comeback be on the cards? 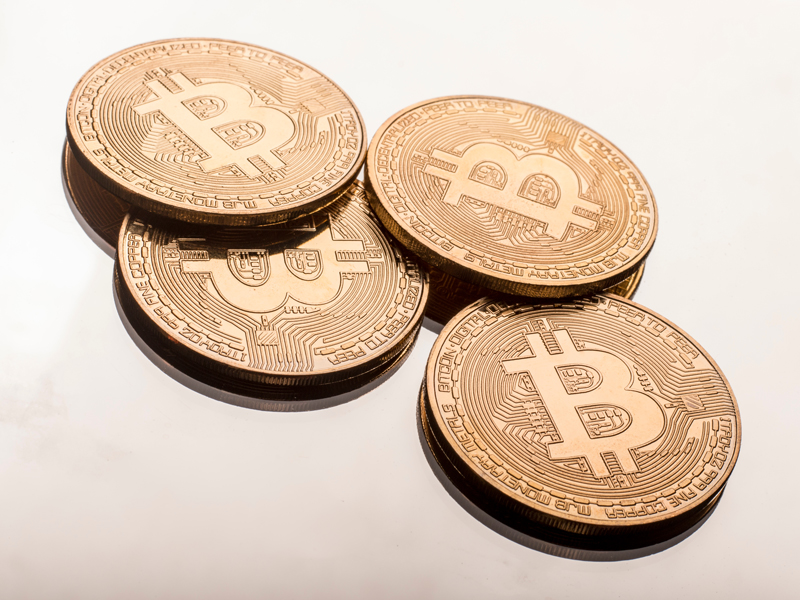 “All money is a matter of belief” is the aphoristic phrase attributed to Adam Smith, the father of modern economics. Whether Smith really said it or not, the meaning behind the quote remains as relevant as ever today, in an age where the very definition of money is rapidly evolving. The introduction of digital currencies in recent years has reignited the age-old debate of what constitutes money, and whether these cryptocurrencies are the future or simply another failed experiment.

After the value of most significant coins rose astronomically throughout most of 2017, prices peaked towards the end of December and subsequently plunged back down as the euphoria faded

In terms of price action, the past few months have been a turbulent ride for the cryptocurrency market, to say the least. After the value of most significant coins rose astronomically throughout most of 2017, prices peaked towards the end of December and subsequently plunged back down as the euphoria faded.

Everybody knows bitcoin; what everyone doesn’t know is that bitcoin was merely the 14th-best-performing crypto-asset in 2017, having surged ‘only’ 1,318 percent, according to data by CoinMarketCap. The best performer was actually Ripple, the value of which rose a whopping 36,018 percent in a single year, before collapsing in early 2018 alongside virtually every other cryptocurrency.

Behind the scenes
Bitcoin was the first cryptocurrency ever created, back in 2009 – though the broader public did not really catch up to the concept until 2017. It’s no coincidence that prices started to skyrocket right around the time when the public spotlight fell on cryptocurrencies. In fact, when comparing how frequently the term ‘bitcoin’ was searched on Google with bitcoin prices, one can immediately spot a correlation: public interest in the coin rose in tandem with its price, and declined alongside it as well. The obvious conclusion is that the crypto-rally in 2017 was largely fuelled by retail investors stepping into the market, encouraged by a plethora of headlines around the subject and a fear of missing out on future gains.

As for the price slump that ensued (see Fig 1), it can be traced back to a regulatory crackdown of cryptocurrencies, predominantly in Asia. China is set to block all websites related to cryptocurrency trading in an attempt to limit financial risks, while regulators in South Korea, Japan and India have also tightened their grips, albeit not as severely. News that Google and Facebook plan to ban crypto-related advertisements didn’t do prices any favours either, as they likely reinforced scepticism around digital coins, curbing interest among small investors.

Signs of life
Notwithstanding the collapse in prices over the first quarter of 2018, the sector is showing signs of life once again in the second quarter, with most major coins staging modest recoveries. Looking at the total market capitalisation of the cryptocurrency market, it currently stands at $426bn, after touching a low of $248bn earlier in April. For comparison, the high point back in January was $829bn, according to CoinMarketCap figures.

While the catalyst behind this rebound is far from clear, market chatter attributes it to reports that major institutions – such as Barclays and Goldman Sachs – are considering launching cryptocurrency trading desks, amplifying speculation that institutional investors may be gearing up to enter the market. Meanwhile, the latest Thomson Reuters survey suggests that one in five finance firms are considering trading cryptocurrencies within the next 12 months, adding further credibility to such expectations.

One of the biggest risks on the horizon, according to popular belief, is increased regulation. From Asia to Europe to the US, policymakers are assessing the risks emanating from cryptocurrencies and their potential remedies. These include establishing protections for investors, clamping down on money laundering activities and curtailing financial stability risks, among others. Should such policies be implemented, they may indeed spell bad news for the asset class over the near term, as rising compliance burdens would likely make it more difficult and expensive (on average) to engage in activities related to digital coins.

In the grand scheme of things, though, increased regulation may not necessarily prove harmful. Stricter laws do raise costs, but they also make for a safer environment, something that could draw in large investors that were previously hesitant to add cryptocurrencies to their portfolios as means of diversification. It follows that if institutional money flows in, that would also improve liquidity in the market, reducing volatility and limiting the abnormally large price swings that have become a daily phenomenon for cryptocurrency traders. Ultimately, more regulatory scrutiny may help increase the legitimacy of digital coins as conventional investment products, potentially eliminating the market’s reputation as the Wild West of the finance world.

Rules and taboos
Staying on regulation and liquidity, a major theme in the cryptocurrency market – and specifically in bitcoin circles – is whether bitcoin exchange-traded funds (ETFs) will be approved by regulators, particularly by the US Securities and Exchange Commission (SEC). A bitcoin ETF could add liquidity to the market by providing traders with another method of speculating on bitcoin prices. Investors currently require wallets to trade bitcoins, but an ETF would allow them to trade the coin directly on brokerages that are more secure overall, thereby also decreasing the risk of fraud.

While the SEC had previously rejected bitcoin ETFs, citing a lack of investor protections and arbitrage issues due to low liquidity, it has recently indicated it is considering a rule change that would legalise ETFs tracking bitcoin futures instead of spot prices. Even if it is rejected this time around too, it appears to be only a matter of time until an ETF is eventually approved, as the industry matures. Although it seems certain that an ETF on bitcoin would be the first of its kind, since bitcoin is the largest cryptocurrency, it is unlikely to be the last, with other major coins like Ethereum next in line once bitcoin paves the way.

Another fascinating theme is how cryptocurrencies would fare in a future recession. This topic is rarely touched upon, as even discussing a potential crisis is seen as something of a taboo during good times. To be clear, there are no signs of an imminent recession on the horizon, and economic data continue to paint a rosy picture for the global economy. Still, the fact that we are entering the late stages of the business cycle, and that this is already one of the longest economic expansions on record, suggests the possibility of a downturn over the next few years should not be dismissed.

With that in mind, it is interesting that there is no empirical evidence of how cryptocurrencies behave in an environment characterised by fear, as digital coins were invented only after the 2008 crisis. And while some pundits previously pointed to bitcoin and other coins as being safe-haven assets, since they are not centralised and their supply is theoretically fixed, that has not been apparent in recent years. For instance, unlike gold, bitcoin prices barely responded to the Brexit referendum, the geopolitical risks on the Korean Peninsula, or the escalating trade tensions between the US and China.

That said, the fact that digital coins remained unfazed by geopolitical and trade woes does not mean the same will hold true in a crisis, as there may be vastly different drivers at play. For instance, financial crises are often accompanied by government-imposed capital controls, meaning that money does not pour out of the country, which in turn makes a downturn more severe. Iceland, Greece and Cyprus are some recent examples, though China has also been doing so for years now. We can contrast this with flows into cryptocurrencies, which can hardly be controlled in such a manner. Therefore, digital coins may be one method of evading capital controls, allowing users to transfer funds abroad even in such circumstances.

Another consideration is how central banks will act. The last time around, all kinds of unconventional monetary policy tools were utilised, ranging from negative interest rates to quantitative easing. One of the biggest side effects of such policies was a marked depreciation in the respective currencies of those nations. Should the same tools be used again, a strong argument can be made that the price of digital coins may shoot up, as the value of conventional currencies is eroded through money printing.

On the whole, several factors continue to create significant problems for the cryptocurrency market, ranging from a lack of regulation and sub-par liquidity to hacks and outright fraud. However, taking a step back, it’s breathtaking how far digital currencies have come in just a few years, and how rapidly the landscape around them is evolving and improving.

Although this article focused on the actual coins, the other theme that is increasingly grabbing attention is the blockchain technology behind these tokens, which appears set to disrupt several industries over the coming years – for instance, by helping entrepreneurs raise capital to finance new projects. While the coming years may be bumpy for the cryptocurrency world as crucial issues are ironed out, the bigger picture is one where the industry continues gaining legitimacy and popularity, potentially ushering in a brave new world of digital coins.