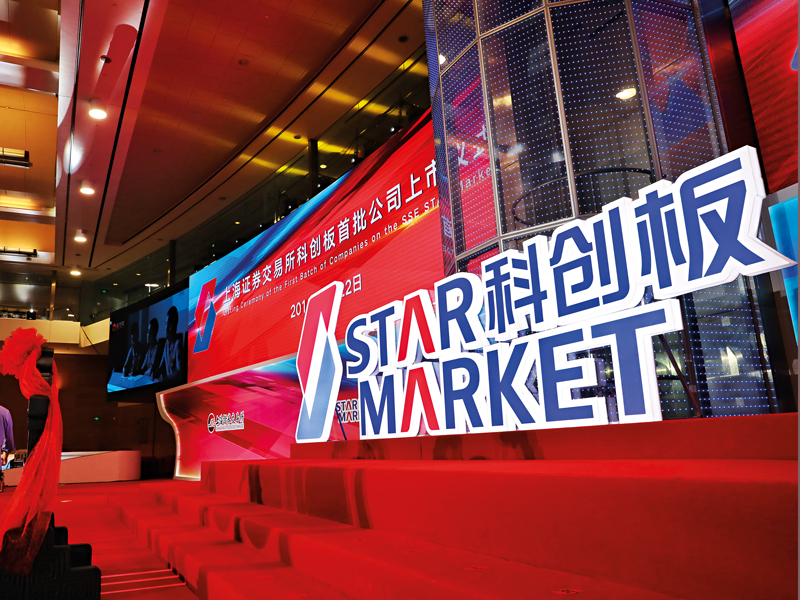 When China’s Science and Technology Innovation Board – or STAR Market – debuted on July 22, shares soared as much as 520 percent in a frenzied day of trading. By market close, stocks had gained 140 percent on average, more than doubling the board’s combined market capitalisation. (see Fig 1).

Chinese chipmakers and tech-focused healthcare firms made up some of the 25 companies that began trading on day one, though more than 140 firms signed up to list on the Nasdaq-style equities market.

STAR Market, which is operated by the Shanghai Stock Exchange (SSE), was launched in the hope it would boost investment in a new generation of home-grown tech start-ups, and even lure back Chinese success stories like Alibaba and Tencent that chose to list their shares abroad. “Establishing the STAR Market is a major step to implement the strategy of invigorating China through science and technology,” Lynda Zhou, Portfolio Manager at Fidelity International, told World Finance. Despite its initial success, some doubt the exchange’s ability to transform China’s capital markets.

The STAR market is less stringent about profitability: for the first time ever in China, certain companies can now go public before they are lucrative

Sparking interest
STAR Market is part of China’s strategy to further develop its hi-tech industries. However, the broader plan to boost the technology sector, Made in China 2025, has taken a back seat amid the ongoing trade war with the US.

Hostility between the US and China has escalated over the past year, and some policies – such as higher tariffs – have directly impacted China’s tech sector. The Trump administration even blacklisted Huawei, a Chinese maker of smartphones and 5G network supplies, over national security concerns. Through the introduction of the STAR Market, Chinese officials hope to develop their own capital markets in order to become less reliant on debt and foreign money. “At [the] macroeconomic level, it will help the country to sustain economic growth by funding technological innovation rather than through massive infrastructure spending,” Zhou explained.

Compared with other exchanges in China, STAR Market’s lenient listing requirements are designed to be more attractive to start-ups. For example, STAR is less stringent about profitability: for the first time ever in China, certain companies can now go public before they are lucrative. This was a logical move, according to Ufuk Güçbilmez, a senior lecturer in finance at the University of Bath, because the practice is “completely acceptable” in more developed markets like the US. “You want to go public at the point when you are still growing. When you are still growing, you tend to be unprofitable,” Güçbilmez told World Finance. “Now I think China understands that.”

STAR Market also conforms more closely to US markets by allowing unequal voting rights. In the US, dual-class share structures allow the founders of companies such as Facebook and Alphabet’s Google to retain control of their businesses even with a small portion of shares when those shares have higher voting rights. Although these structures receive some criticism, Güçbilmez said it is a good strategy for STAR Market, which is looking to lure in more innovative tech firms. “It’s all about making the STAR Market more attractive for
entrepreneurs,” he said.

In light of these changes, Zhou called STAR Market a “milestone” in the ongoing transformation of China’s capital markets and its shift towards an economy focused
on hi-tech industries.

Losing lustre
While the changes made by STAR Market are significant, this is not the first time China has launched a new exchange aimed at attracting top technology firms. A decade ago, ChiNext was established with the same promise as STAR: to become China’s Nasdaq. In 2009, a report by The New York Times said ChiNext was “the start-up exchange for start-ups… making it easier for smaller Chinese companies to raise capital by reducing the requirements for going public”.

Although the exchange attracted a number of smaller companies, it failed to appeal to China’s foremost firms, such as Alibaba and JD.com, which both chose to list in the US in 2014 instead.

Güçbilmez’s research into this phenomenon showed a clear distinction between the companies that went public in China and those that chose to go abroad: large firms backed by foreign venture capital almost always preferred to list their shares on US exchanges, while smaller but profitable Chinese companies typically chose ChiNext. This was partly due to the fact that venture capitalists prefer to sell their shares in a liquid market – even today, liquidity can be an issue in Chinese markets. Moreover, the regulatory environment with ChiNext was always uncertain as it was used as a testing ground for new regimes, such as limiting share price movements. The market for initial public offerings was even shut down in order for reforms to be made. “This all creates uncertainty, and of course investors don’t like that. And they see the US as a safe option if their firm is good enough to go public in the US,” Güçbilmez said.

ChiNext also failed to go as far as STAR Market when it came to profitability requirements. Combined, these factors have led to poor performance. In 2017, the South China Morning Post reported that eight of the 10 largest companies trading on the board had warned of either profit declines or losses during the first half of the year. Although ChiNext has failed to live up to expectations, Güçbilmez said he was surprised when President Xi Jinping announced the introduction of a new Nasdaq-like board in November 2018.

“It seems [the Chinese Government wants], again, to use STAR Market as a testing ground, and they want to make a separate experiment compared to ChiNext,” Güçbilmez said. Now, ChiNext’s future is uncertain: “I think it would make more sense to actually keep working on ChiNext, because you have hundreds of firms listed there already… and it’s been operational for 10 years now.”

Educating the nation
Even though STAR Market has improved upon ChiNext, structural issues remain in the Chinese equity market. One issue the country still grapples with is extreme market volatility. After valuations soared on STAR Market’s first day of trading, many experts said the gains were overblown. “This [surge] is crazy,” Ronald Wan, CEO of Partners Capital International in Hong Kong, told CNN Business. “But it’s already overdone. I don’t think such gains can last long. It’s way too speculative.” Daniel So, a Hong Kong-based strategist at CMB International, told the Financial Times soaring valuations were “pure speculation”, with the coming days likely to bring “huge volatility”. On the second day of trading, shares did pare their gains somewhat, falling by eight percent on average.

According to Güçbilmez, market volatility is not unique to STAR Market; wild swings in stock prices have long been a problem in China due to a lack of financial education among retail investors. Retail investors see stock markets “as an opportunity to make quick money”, but this is unsustainable, Güçbilmez explained to World Finance. “Prices can’t keep rising in the stock market. I think they still think that this is going to be the case, and that is a problem.”

According to Reuters, retail investors accounted for more than 90 percent of transactions on STAR Market’s first week of trading. China has the largest population of any country – around 18 percent of the global population – so its potential for retail investing is huge. Güçbilmez believes investor education will play a key role in ensuring China’s capital markets continue to develop in the coming years. If the lack of financial education is not resolved, STAR Market won’t be able to attract the best hi-tech Chinese companies. “If you can’t address this issue, you can’t become a major market,” Güçbilmez said.

A bright future
Chinese equity markets must also address the corporate governance issues that often deter foreign investors if they hope to stand on equal footing with other global markets. “Chinese companies have made progress in improving governance over the past 30 years,” Zhou said. For example, inclusion in the widely watched MSCI Emerging Markets Index and the launch of a ‘stock connect’ link between mainland China and Hong Kong have helped boost foreign institutional investors’ participation in recent years. “But [compared] with European and US companies, there is still a long way to go. Chinese companies have not prioritised governance enough,” Zhou added. As China continues to open up and foreign investors take more active stewardship roles, Zhou expects governance to improve.

While it remains to be seen whether any of China’s major success stories will return to their home market, Zhou believes there is a possibility that those that haven’t gone public yet, such as Ant Financial, would consider STAR Market. Still, she is cautious about the short term, as swings in valuation create volatility. Looking at the bigger picture, however, Zhou is optimistic: “In the long run, I keep my positive view [of] the STAR Market.” In time, Zhou sees STAR emerging as a “vibrant market” for China.

To make that prediction a reality, China must continue to address the concerns that cause foreign investors to avoid the market and cause China’s best and brightest companies to favour foreign listings. If these issues are addressed comprehensively, it is possible STAR could be a beacon of light for China’s hi-tech economy.