The dangers of fiscal Europe 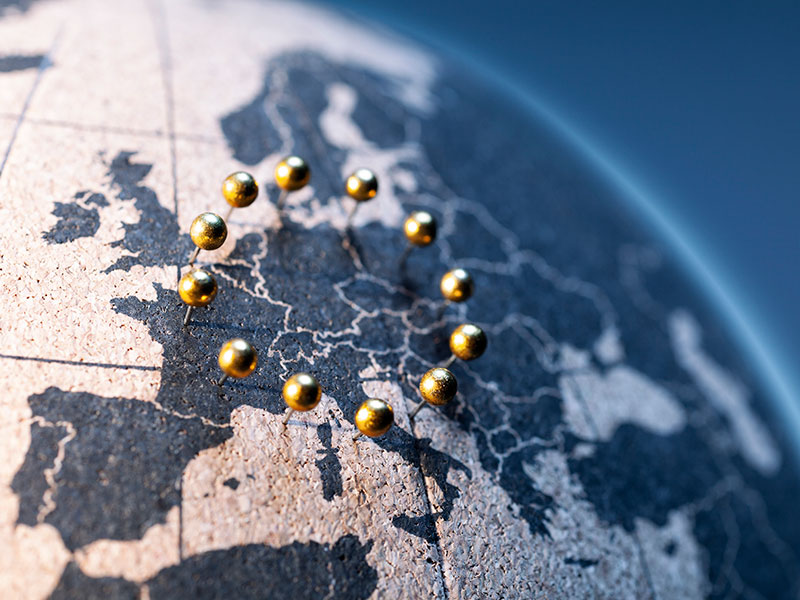 Since it was established, the EU has harnessed tax measures to stimulate economic growth among its member states. Through the creation of a single market, it ensured the total abolition of customs duties between member states, as well as the elaboration of a common customs system. This system of free trade has made a significant contribution to the prosperity of European citizens.

The single market also unified rules on the taxable basis for value-added tax (VAT), which helped foster trade between states. What is less well known, however, is that this harmonisation is still incomplete, as it does not concern rates of VAT. Over time, the EU has started to take a position here, setting minimum – but not maximum – VAT rates. Unfortunately, this helps pave the way for a European fiscal policy that prevents tax competition without protecting taxpayers.

Stifling competition
With the exception of the EU Savings Directive, Europe has done little in the field of personal tax – in principle, its institutions don’t have the power to do so. In the field of corporate tax, though, there is an increasing number of directives that harbour the sole objective of reducing tax competition between countries by preventing states from granting advantages to businesses.

This policy is dictated by the larger, more influential members of the EU – such as France and Germany – and imposed upon the smaller ones. Unlike France and Germany, countries such as Belgium, Luxembourg, the Netherlands and Ireland can’t offer businesses access to a wide net of customers. As a result, they have always felt the need to attract foreign companies through tax advantages. These tax advantages are lawful so long as they are not selective – that is, providing they are equally accessible to all.

Today, the European Commission is trying to erode these advantages by using rules of competition law that have not been designed for this purpose. This is dangerous for small countries with tax systems that provide benefits by reducing their tax base. Without tax advantages to offer, these states could lose their appeal among foreign businesses.

The EU is issuing more directives like this, including anti-abuse measures, bans on granting intellectual rights benefits, limits on deductible corporate interests and, most recently, new reporting obligations in the aggressive tax planning area. These directives are almost exclusively intended to maintain a certain degree of taxation. Fundamental issues such as the establishment of a European ‘fiscal shield’ – which would limit taxation in relation to GDP, or the taxation of each individual in relation to their income – are never discussed, as they’re not of interest to the EU. In fact, only the protection of tax revenues in individual members or the bloc itself seems to justify the EU’s interest.

Certain EU states – principally the smallest – react by keeping tax rates low. This is what Ireland has long done with its 12.5 percent rate for corporations. Bulgaria, Romania and Lithuania also offer low rates, while Hungary has the EU’s lowest corporation tax at just nine percent (see Fig 1). This is a logical move that helps these nations remain competitive, but it is feared that the most federalist or statist Europeans could push for a set minimum corporate tax rate. As a result, the EU could start treating states in the same way it treats companies that operate in violation of EU competition laws. All for one, not one for all
In light of these factors, a question inevitably arises: does Europe actually need taxes? In the EU, the principle of fiscal sovereignty generally prevails. This means that states freely regulate their tax systems and choose whether or not to implement certain types of tax, thereby determining their taxable base. The EU benefits from certain tax resources, such as customs duties or a small part of VAT, but can’t otherwise tax nationals or residents of the union. For this to happen, a treaty must grant it such power.

In this period of European crisis, those who advocate greater European integration are torn between two contradictory feelings. On the one hand, Brexit is a danger to European unity – as one of the most important members of the union, many spectators fear that the UK’s departure could set a precedent among other states. On the other, federalists – those who dream of a United States of Europe – see this as an opportunity. The UK has never been a proponent of strong European integration and has often blocked common policy development. As such, its departure may lead to some European progress on policies that the UK had blocked.

Some of these federalists want to give the EU greater influence over taxation, favouring a union that can levy a tax on the income of individuals or companies. In other words, they seek to implement the US model of taxation, in which there is a corporate and personal tax at the federal level, while states collect income taxes for their own benefit. In the case of indirect taxes, however, integration is most advanced in Europe.

The introduction of additional tax power – on income, for example – at a union level is a key issue in the development of the EU and its possible orientation towards a federal system. Political power always depends on a state’s ability to raise taxes; a Europe that can collect more taxes will have a larger budget and will more easily acquire additional capabilities.

Europe as a federation
We must ask ourselves whether it is desirable to create a European federal body with significant fiscal powers. The EU has made a significant contribution to the prosperity of its inhabitants by increasing freedoms, particularly through the creation of a single market. In doing so, it has somewhat reduced the influence states can impose on their citizens.

But this has also restricted some freedoms. When the EU moved towards becoming a political authority, it began to regulate whole areas of the economy and people’s lives. It has itself become a power that is exercised – directly or indirectly – on businesses and individuals. By granting additional capabilities to the EU, at best, one only shifts the burden from individual states to a higher level. This means that the principle of subsidiarity – according to which, decisions must be taken as close to citizens as possible – will be further eroded.

Worse still, there has been no instance of a government agreeing to reduce its revenues: for example, although the Federal Government of Belgium consistently claims that it is cutting taxes, its revenues are increasing in tandem. It seems certain that if the EU were to be granted fiscal power, individual states would not reduce their revenues and would continue to raise tax as much as they do now. The granting of fiscal power to the EU will, therefore, lead to an increase in taxes for businesses and individuals.

Europe is already the most taxed continent in the world. Granting the EU taxation powers would only exacerbate this situation, making the bloc unappealing to investors and reducing its members’ competitiveness on the global stage.