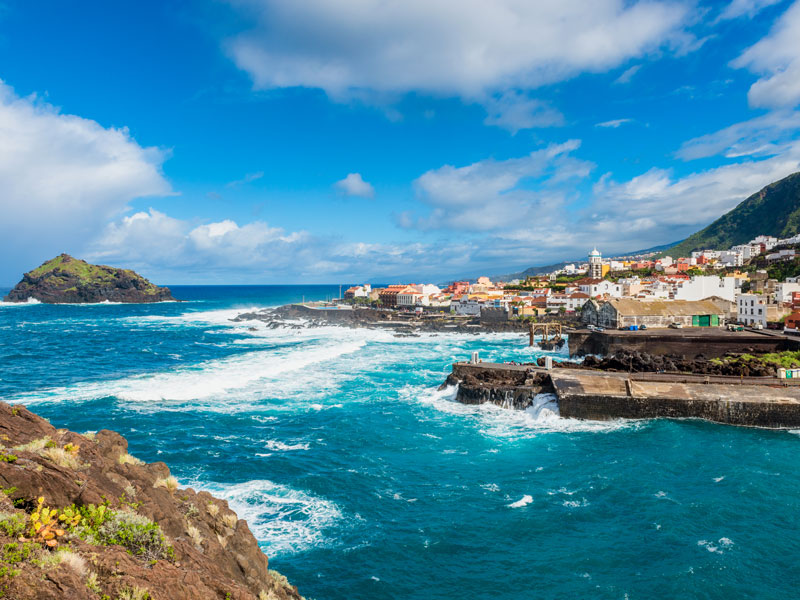 Although the Canary Islands have one of the most favourable tax systems in Europe, they are not a tax haven, which means the local economy has to sustain real businesses and jobs. As a result of their location on the outermost edge of the EU, the islands receive regular funding to compensate for their distance to continental Europe. This helps to encourage private investment and economic development.

Despite their location and size, the Canary Islands have managed to attract world-class companies to their shores

The compensation received is detailed within the Canary Islands Economic and Tax Regime, which falls under Spanish legislation and is fully sanctioned and reviewed by the EU. Further incentives are provided by the Canary Islands Special Zone – known as ZEC – which allows companies to pay just four percent corporate income tax (see Fig 1). There are also tax deductions for foreign film productions of up to 40 percent, plus 45 to 90 percent on research and development (R&D) and technology-related activities. Also, the average indirect tax rate in the Canary Islands is just seven percent, as opposed to Spanish VAT, which is 21 percent.

Despite their location and size, the Canary Islands have managed to attract strategic investments and world-class companies to their shores. This is partly a result of the aforementioned tax environment, but it is also thanks to the hard work of companies like Proexca, a publicly owned company that aims to strengthen the Canarian business network. World Finance spoke with Pablo Martin Carbajal, CEO of Proexca, about the reasons why businesses and individuals are choosing to invest in the Canary Islands.

Islands of innovation
The tax incentives offered by the Canary Islands can provide a huge boost to businesses, particularly those in the innovation and technology sector, which can struggle with profitability in their early days. Technological development is one of the islands’ main priorities and is supported by Canarian public and private organisations. “We have major infrastructure, such as business parks linked to Canarian universities and technological institutes of international excellence, like the European Northern Observatory at the Instituto de Astrofísica de Canarias, the Oceanic Platform of the Canary Islands and similar organisations operating in the field of renewable energy,” Carbajal explained. “In addition, the blue economy is gaining importance, with technologies related to renewable energy, underwater robotics, biotechnology and algae research becoming more sophisticated.”

A combination of factors has led the Canary Islands to host a number of well-known companies and tech start-ups. Having internationally renowned R&D centres to test prototypes certainly helps, as does the plentiful supply of well-qualified personnel, powerful tax incentives and lower costs compared with continental Europe. This has helped create an ecosystem that is conducive to technological evolution.

“We recently installed the first offshore fixed-bottom wind turbine in Southern Europe, which was built using an innovative technology that makes it unique in the world and commercially competitive,” Carbajal said. “We also have the hydroelectric power station on the island of El Hierro, the first one globally that generates electrical energy self-sufficiently from renewable sources, such as water and wind. Over the next 20 years, the station will offset 19,000 tonnes of carbon dioxide and provide power to El Hierro’s inhabitants, while preserving the island’s beautiful natural environment.”

The Canary Islands’ list of technological achievements goes on. The Instituto de Astrofísica de Canarias has helped develop state-of-the-art optical technology that, aside from its astrophysical use, is applied in other fields, like medicine. The islands are also pioneers in water desalination and treatment; across the entire archipelago, a thriving ecosystem of technology start-ups is emerging.

Quality of life and talent
Of course, a thriving business environment also needs talented members of staff. Before setting up on the Canary Islands, organisations often have questions regarding the role that local universities play in technological development, how R&D is progressing and how talent pools vary by industry.

“One of the main questions that companies ask us when they are considering the Canary Islands is: will we be able to find the talent we need here?” Carbajal said. “The answer to this question is becoming more important than taxes, living costs and legal issues. The war for talent is certainly fierce, but the Canary Islands have a clear advantage – people love living here. More importantly, people who move here don’t want to leave, meaning that talent retention is rarely an issue.”

Some businesses need no further convincing of the Canary Islands’ labour force. Recently, a well-known tech company opened an international Spanish-speaking customer service centre in a South American capital city. It was attracted mainly by the availability of talent at a very competitive cost. Unfortunately, the high labour rotation in that city made it unsustainable to keep the centre there, and the Canary Islands were immediately identified as a great alternative, largely due to their extremely low labour rotation rate (the lowest in Spain). The small difference in labour costs compared with South America was compensated by lower training costs and, most of all, the higher-quality service provided by more stable workers.

“Our ability to retain talent is primarily driven by the fantastic quality of life we offer,” Carbajal said. “This is not only driven by our mild weather – arguably one of the best climates in the world – but by the quality of our infrastructure, the affordable cost of living, transport, internet connectivity to the rest of the globe and, last but not least, security. The Canary Islands are one of the safest places on the planet.”

This mixture of sunshine and safety has not only enticed new businesses to the islands – tourists also flock there in their droves. In fact, the Canary Islands welcome more than 15 million foreign tourists every year.

“Our unique natural conditions, excellent connectivity, first-rate services and well-developed infrastructure all contribute to creating an environment that is treasured by locals and visitors alike,” Carbajal said. “Tourism is thriving on the islands, but it is far from the only industry that is doing well.”

Other strategic sectors are growing rapidly in the Canaries, including naval repair and offshore services, outsourcing, IT, share services, trading, call centres, renewable energy, biotechnology and film production. In addition, the Canary Islands act as a service hub for Africa, with the shortest distance between the islands and the continent being around 115km.

Spreading the word
Thanks to the spectacular development of the tourism sector across the Canary Islands, there has been parallel economic growth of other activities. Maritime connections are well developed, easing the transportation of goods and people. Similarly, air connections consist of six international airports that allow the islands to accept some 2,800 direct connections per week from 157 airports in 29 countries. For instance, the islands boast direct flights to 23 UK airports – more than Barcelona, with 17 airports, or Madrid, with 13.

Tourism also helps to create a cosmopolitan atmosphere, with people of many different nationalities setting up home on the islands. This in turn has led to the construction of several international or bilingual schools. In addition, local institutions are committed to diversifying the economy so that it supports a variety of different sectors.

The Canary Islands, with their unique advantages, fulfil all the conditions required to become a strong business hub. All that needs to be done now is for the islands to market themselves better to investors and corporate leaders. “We need to let the world hear about us and get to know us, not only as a place for tourists but also for being islands with great potential for businesses,” Carbajal said.

Although the islands have had a great deal of success, businesses and government officials remain committed to further improvement. “We are continually improving connectivity and putting emphasis on the development of all the sectors where we offer a competitive advantage or added value,” Carbajal explained. “These include IT, film production, naval repairs, and the blue economy – among others. As part of our developing relationship with Africa, companies working in the west of the continent often use the islands as a base for their service centres and make use of our logistics, health, business and training services.”

The rise of the digital economy has meant that often businesses no longer need to be located close to their customers, which has resulted in areas having to work harder than ever to attract best-in-class companies. The Canary Islands have shown that size needn’t be a barrier to business success, especially as they are home to just over two million people.

Investing more in marketing will help ensure that the Canaries are properly recognised for their business achievements. Those who are not aware of this side of the islands are amazed when they learn about it. The local residents and businesses that are based there already, however, know all too well that the Canary Islands are about much more than sun, sea and sangria.