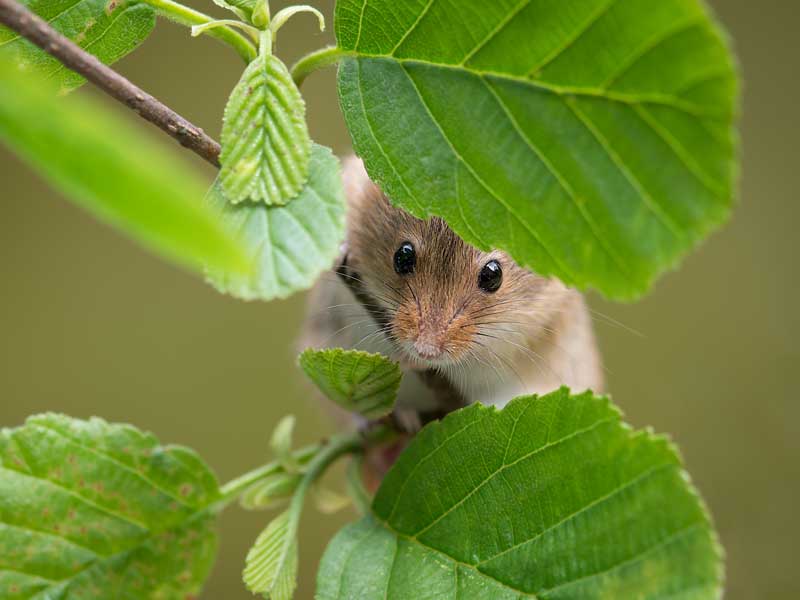 A recent breakthrough could put cannabis at the forefront of the treatment for Alzheimer’s, a progressive disease that is the most common cause of dementia worldwide. So far, there are several therapies targeted towards Alzheimer’s disease, but their efficacy is restricted to delaying the onset of symptoms, rather than reversing their effects. This may be about to change, however. Hyalolex is a cannabinoid-based formulation, derived from IGC-AD1, targeting Alzheimer’s, which is being developed based on the research carried out at the University of South Florida (USF) College of Pharmacy. Today, the treatment is swiftly gaining attention thanks to a series of findings that show it reversing some of the effects of Alzheimer’s worst symptoms. Indeed, pre-clinical trails of IGC-AD1, on which Hyalolex is based, have demonstrated promising results in substantially turning back memory loss and restoring learning ability in rodents.

In-vitro trials and some human trials have been a success, and the triumph of preclinical trials bodes well for rolling out IGC-AD1 on a mass scale

Dr Chuanhai Cao, a leading scientist in Alzheimer’s research and Associate Professor of Pharmacy at USF, discovered that in combination with other naturally occurring compounds, Tetrahydrocannabinol, or THC, the principal psychoactive chemical compound found in cannabis, helps slow down the build-up of plaque in the brain – a hallmark of Alzheimer’s disease.

Specifically, the study conducted by Cao and his team investigated the effects of IGC-AD1 on learning and memory using the Morris water maze task. The test, which is commonly employed in behavioural neuroscience research, involves presenting mice with a water navigation task in which the mouse must learn from an assortment of cues to find its way through a pool of water onto a platform.

The Alzheimer’s curse
While the most known affliction of Alzheimer’s disease is the loss of memory, which can be extreme in many cases, it also involves a host of other unfortunate symptoms. These include anxiety, agitation and sleep disorders. Being a degenerative disease, such end points often worsen as time goes on. In correlation, as the disease progresses, abnormal proteins continue to accumulate in some brain cells. Together with dead brain cells, these then impede the ability of nerve cells to send and receive messages through the brain’s neuron network.

Predicted amount Alzheimer’s will cost the US annually by 2050

Amyloid plaques, which are dense clusters of protein fragments found in the spaces between nerve cells, and neurofibrillary tangles, involving the twisting of the nerve cells’ tau protein threads, known commonly as plaques and tangles respectively, are the pathological hallmarks of brains affected by Alzheimer’s. According to the Alzheimer’s Association, the reasons behind tissue loss and cell death are unknown, but plaques and tangles are suspected to be the cause.

Out of the world’s top 10 most deadly diseases, Alzheimer’s is the only one to be increasing in prevalence. As cited by the Alzheimer’s Association, the disease has already become the sixth leading cause of death in the US, affecting more than 5.5 million people in the country. It is also estimated to have an annual economic cost to the country of $236bn. Given the rising numbers of those suffering from Alzheimer’s (figures are expected to double over the next two decades), the cost is forecast to swell further to around $758bn by 2050, thus creating an extraordinarily pressing need for effective treatment.
While pharmaceutical companies have spent astronomical amounts trying to cure Alzheimer’s disease, the discovery of a viable treatment remains elusive. This comes back to the fact that researchers remain unsure as to its exact causes. One of the leading theories however, is that the disease is caused by the accumulation of amyloid plaque on neurons in the brain.

“The good news surrounding cannabinoid-based therapy is that it acts on several different hypotheses of disease modalities,” said Mukunda. Essentially, the drug works by targeting the reduction of beta-amyloid build-up in Alzheimer’s patients, as demonstrated by research conducted at USF using an animal model. The research found that cannabis extracts actually reverse beta-amyloid accumulation. The implication, therefore, is that Hyalolex is a potential mechanism for restoring memory function in Alzheimer’s patients.

What’s more, in June 2017 IGC announced that it had acquired the exclusive rights to THC-based treatments for Alzheimer’s disease, a definitive licence agreement it entered into with the USF. “By acquiring this patent filing, we have essentially protected the potential cannabis-based blockbuster treatment for America’s most expensive disease,” said Mukunda.

Two-pronged strategy
IGC is now in the complex process of commercialising Hyalolex for Alzheimer’s disease, which it is approaching through a two-pronged strategy. The first prong involves selling the liquid supplement formulation through licensed medical cannabis dispensaries in the US. “We will begin the initial distribution of Hyalolex in Maryland, Washington DC and California during the first quarter of 2018,” said Mukunda. “We plan to expand into remaining states throughout the country in a second rollout that will take place during the rest of the year. To do so, we must manage sourcing, formula assembly, packaging and distribution utilisation for each state on an individual basis.”

The next step involves attaining FDA approval; a notoriously difficult task for new drugs. To do so, a Phase IIb clinical trial for a pharmaceutical-grade formulation of Hyalolex for Alzheimer’s disease is in the pipeline. This stage looks to test varying dosages on patients in order to determine the ideal dosage, while also assessing efficacy and side effects. “The success of preclinical mice studies is the precursor to patient studies, which ultimately pave the way to FDA trials,” Mukunda noted.

That said, IGC’s ambitions do not rest solely on FDA approval. “Independent of the FDA process, we expect to license Hyalolex for distribution as a complementary and alternative medicine via licensed medical cannabis dispensaries throughout the US and Canada,” Mukunda explained. “These activities can generate nearer-term revenue while clinical trials progress, which in turn creates both short and long-term value for shareholders.”

Naturally, the US is not the only place in which people suffer from Alzheimer’s every day; unfortunately, this disease impacts the lives of millions across the globe. As such, in addition to the US and Canada, IGC has also identified Germany for the commercialisation of Hyalolex. “The German market recently opened for imports of cannabis products that can be sold in licensed pharmacies,” Mukunda told World Finance. “Our initial research indicates that there are about 7.8 million patients with Alzheimer’s in these combined markets [of US, Canada and Germany].”

Blockchain technology, which uses cryptography to manage large databases securely, has far more potential than just the financial sector. IGC, for example, is keen to make use of the technology’s ever-expanding ledger. “The company intends to develop a platform for Hyalolex’s go-to-market strategy in the dispensary market, with an aim to leverage the platform for the highly regulated and rapidly evolving cannabis industry,” Mukunda told World Finance.

According to a recent study published in the medical journal JAMA, almost 70 percent of all cannabidiol products that are sold online are either over or under-labelled. “We understand the unique challenges facing the cannabis industry, but we believe that our team has the knowledge and expertise to be the first organisation to create meaningful solutions that address such issues using the distributed ledgers inherent in blockchain technology,” said Mukunda. “As we continue developing blockchain technology in the rollout of Hyalolex, our goal is to establish a universal cannabis platform that is applicable to solving multiple industry challenges facing both dispensaries and consumers alike.”

Until now, the hopes for effective treatment for Alzheimer’s have been as despondent as the symptoms of the disease itself. For too long, individuals have suffered its horrible effects, losing their lives and themselves in the process. Naturally, their families have also been impacted and devastated as a result. But for the very first time in recent history, there is hope – hope that Alzheimer’s is not the end, and that there may in fact now be a way out. While some may view cannabis-based treatments as controversial, their ability to treat a whole variety of ailments has been proven time and time again. Indeed, cannabinoids seem to have a knack of stepping in and filling a gap that chemical compounds and common medicines simply cannot.

With the likes of IGC driving the momentum for an actual cure for Alzheimer’s disease, it could be here closer than we think. As demonstrated by the organisation’s proactivity in terms of trials with world-leading scientists, as well as its adoption of cutting-edge technologies such as blockchain, IGC is on the case to treat Alzheimer’s once and for all.