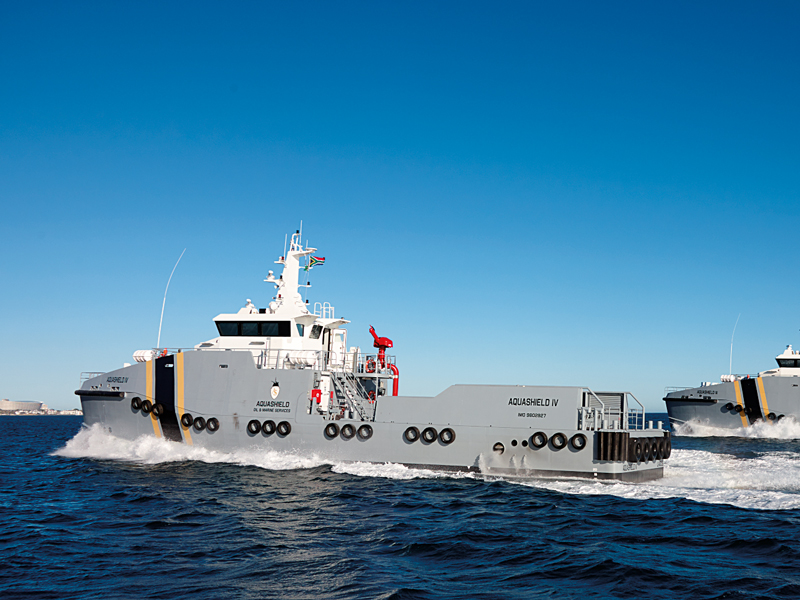 Piracy is a persistent threat for any business operating at sea. Although the number of pirate attacks in the Somali Sea has fallen over the past few years, there has been a significant rise in criminal activity along the coast of West Africa: according to Raconteur, the Gulf of Guinea alone accounted for more than 40 percent of the world’s incidents of maritime piracy in Q1 2018. When rates of piracy increase in a particular area, maritime operators tend to respond by hiring armed security teams. While these teams can be a highly effective means of protecting a ship, they alone cannot guarantee its safety.

No ship’s defences are truly complete without the latest maritime safety technology. Only technology can ensure ships are constantly monitored for threats and are never left unguarded. At Aquashield Oil and Marine Services, our technology meets every security need – from monitoring possible threats and proactively defending against attack to protecting the crew and cargo in the event of a worst-case attack scenario.

The first line of defence
It’s critical that vessels detect potential threats as early as possible to give the crew enough time to respond effectively. Today’s maritime surveillance systems are more advanced than ever and are highly effective at identifying suspicious activities. This is partly because these systems enable the sharing of data between multiple agencies and nations. As a result, operators can receive updates on locations known to have higher levels of pirate-related activity and steer clear of such areas.

To truly safeguard against the threat of piracy, operators must harness state-of-the-art technology

Real-time monitoring of the area surrounding the ship can also provide operators with a comprehensive view of any nearby threats. High-definition cameras with thermal imaging allow crew members to spot pirate vessels and their operators from miles away. Additionally, the use of artificial intelligence within such systems helps to determine when vessels are displaying threatening behaviours, giving ships the upper hand on pirate vessels and increasing the likelihood of avoiding confrontation.

If a vessel in the vicinity appears to be on the attack, the best course of action is to try and immobilise it using non-lethal methods. For this reason, Aquashield equips all of its vessels with an entanglement system that uses compressed air to launch a plastic cylinder in the direction of another ship. As the cylinder launches, netting or rope is immediately released and spread around the vessel. Both the netting and rope are buoyant, so they remain floating on the water until they’re entangled in the ship’s propeller, causing the engine to immediately grind to a halt.

Protecting crew and cargo
Operators must be prepared for every eventuality. If all other defences have failed and the ship is in imminent danger of being seized by pirates, there are still a number of measures the crew can take to protect themselves and the ship’s cargo. A lockdown is an emergency protocol used to prevent movement to and from a certain area inside the ship. While a lockdown is in effect, doors will be sealed and computing systems may be shut down. In this way, a lockdown can be used to stop invaders from gaining control of the ship and keep the crew out of harm’s way.

Safe rooms – commonly referred to as ‘citadels’ aboard ships – have a similar function, providing a retreat for crew members in the event of an attack. These rooms are usually installed in a concealed location within the ship. From here, the crew can call for help and wait in safety until it arrives. Some safe rooms will also give the crew the capacity to remotely disable the ship’s engines and electronic systems, so that pirates cannot sail the ship to another location. Even if the citadel is discovered, safe rooms are armoured against direct physical attack, hugely reducing the risk of kidnapping or loss of life.

To truly safeguard against the threat of piracy, operators must harness state-of-the-art technology – this is true whether the vessel is an oil tanker, a naval ship or a cruise liner. By having the right precautions in place, maritime businesses not only protect their crew members and cargo, but also enjoy the full confidence of their clients, who can rest assured they are taking no risks when it comes to security.