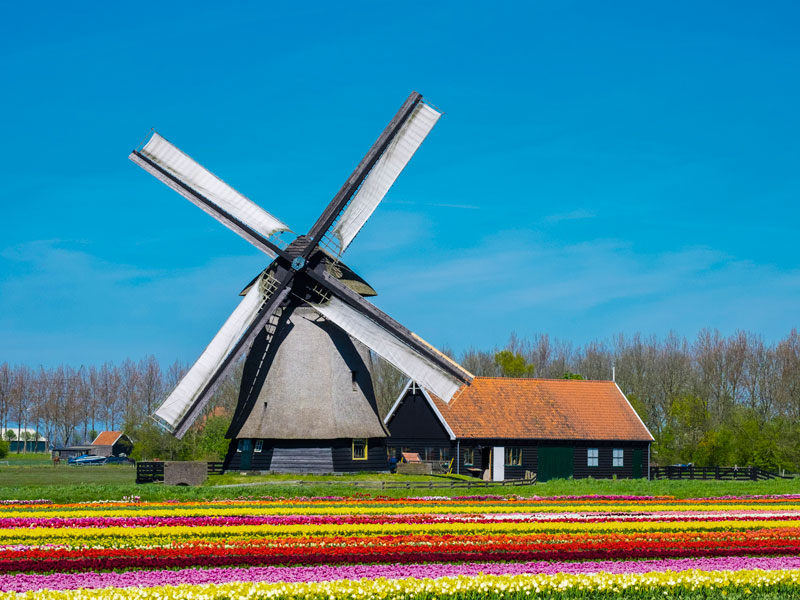 Payday lending first entered the fray in the early 1990s, as banks reduced their small credit offerings and consumers looked elsewhere for quick-fix cash. These short-term, high-cost loans have risen in popularity in the past two decades, but they aren’t without their pitfalls. Many lenders have come under fire for charging sky-high interest rates, using aggressive debt collection tactics and driving thousands of consumers into unmanageable debt.

As Wonga teeters on the brink of collapse, many payday loans firms will be considering their next move

As Wonga, the UK’s largest lender, teeters on the brink of collapse, many payday loans firms will be considering their next move. Join us as we look at the top five most significant markets for pay day lending, from the strictest to most lenient.

1 – Netherlands
The Netherlands has some of the strictest payday lending regulations in the world. Back in the early 2000s, the country saw a rise in the popularity of ‘Flitskrediet’, or ‘flash credits’, which were essentially unregulated payday loans with APR rates up to 600 percent. At its peak, the Flitskrediet market was estimated to be worth €6m ($6.9m), and because of the small size of the loans, they were not covered by the Authority for the Financial Markets or the Act on Financial Supervision.

In 2009, the Dutch Socialist Party began campaigning for regulation of the payday loan market. The government responded by introducing licensing legislation and interest capping. Payday lenders must now acquire the correct license to operate, and must adhere to the maximum interest rate of the bank base rate plus 12 percent. In 2013 and 2014, the Dutch government enforced this legislation in two landmark court cases in which it fined two firms that were found to be operating outside of these regulations – this included a €2m ($2.3) fine to betaaldag.nl for not adhering to rate restrictions.

2 – US
The US has the world’s largest payday lending industry, despite loans only being legal in 36 states. Payday loans first entered the US market in 1993, when Cleveland businessman Allan Jones, who later became known as the ‘father of payday lending’, founded Check Into Cash. Jones took advantage of bank deregulation legislation in the late 1980s, which caused many small banks across the US to go out of business and led to a severe shortage in availability of short-term microcredit. Check Into Cash and its compatriots stepped in to fill the void and the industry subsequently exploded, accruing a $46bn valuation by 2014.

Today, payday lending is regulated on a national level by the Consumer Financial Protection Bureau under the Dodd-Frank legislation introduced by President Obama after the 2008 financial crisis. That said, local governments can decide whether to legalise or ban payday lending in their own state. In the 27 permissive states, payday lenders are legal and subject to little regulation, meaning single-repayment loans with APRs of 391 percent or higher are commonplace. There are nine further ‘hybrid’ states in which local governments have introduced more stringent regulations. Arizona is one such example – it maintains a 36 percent cap on annual interest rates for all payday loans. The remaining 14 states and the District of Columbia forbid payday lending of any sort.

3 – UK
The UK’s payday loan market is relatively well regulated, but has been mired in scandal in recent years. The first payday lender in the UK was The Money Shop, a subsidiary of the US firm Dollar Finance Corp, which opened its doors in 1992. Unlike in the US and Canada, the UK payday lending market didn’t really take off until the mid-2000s – but when it did take off, it exploded. According to research by Consumer Focus, in 2009 alone 1.2 million Brits took out 4.1 million loans, equating to £1.2bn ($1.5bn). In 2013, that number climbed to 12 million loans, worth £3.7bn ($4.8bn).

Until this point, the payday lending industry had fallen under the jurisdiction of the 1974 Consumer Credit Act, which requires lenders to have a licence from the UK Office of Fair Trading (OFT) to offer consumer credit. However, the OFT did not really function as an industry regulatory body, giving lenders licence to engage in unethical practices – such as aggressive debt collection and irresponsible lending.

In 2014, the Financial Conduct Authority took charge of supervising and regulating the industry. It implemented caps on interest and fees at 0.8 percent of the amount borrowed per day, caps on charges at £15 ($19), and total caps at 100 percent, meaning that borrowers would never have to repay more than twice the amount that they had borrowed, regardless of how late they were in making repayments. Today, the industry’s largest lender Wonga, that occupies 40 percent of the market share, is in administration– but there are plenty of firms ready to rush in and take its place.

4 – Canada
The Canadian payday loan market has become more lenient in recent years, as lending restrictions are decided by provinces rather than central government. Payday loans won favour with Canadian consumers in the mid-1990s, as salary advances became less readily available and workers had to turn elsewhere for access to short-term credit. The industry has expanded to encompass over 1400 payday loan storefronts across the country, and an estimated two million Canadians a year make use of a payday lender.

In 2007, the Canadian government passed legislation to remove payday lending from the jurisdiction of the criminal code and allow each province to decide its own restrictions on fee and penalties. British Columbia has the strictest set of regulations – lenders cannot legally charge more than $15 per $100 for a two week payday loan, and penalties for returned checks or pre-authorised debits are capped at $20. Prince Edward Island is the most lenient, with a maximum cost of $25 per $100 loan and no cap on penalties.

5 – Australia
The Australian government has flexed its regulatory muscles over the payday loans market recently, but there are still legislative loopholes. Like many other countries, demand for payday loans in Australia increased in the 1990s as banks and credit unions pulled back on their short-term lending and consumers turned to other avenues for a quick cash fix. From 2004 to 2014, the small loans market increased twentyfold, and in June 2014, was valued at $400 million.

Payday lending in Australia is now covered by the Uniform Consumer Credit Code, but was previously a wholly unregulated market and there are still a number of loopholes in the UCCC that lenders often exploit. In 2012, the government introduced the Consumer Credit Legislation Amendment Act, which banned loans of over $2000 that must be paid back in 15 days or less, and introduced a cap on loan fees and charges, including a 20 percent maximum establishment fee and a maximum monthly fee of 4 percent.